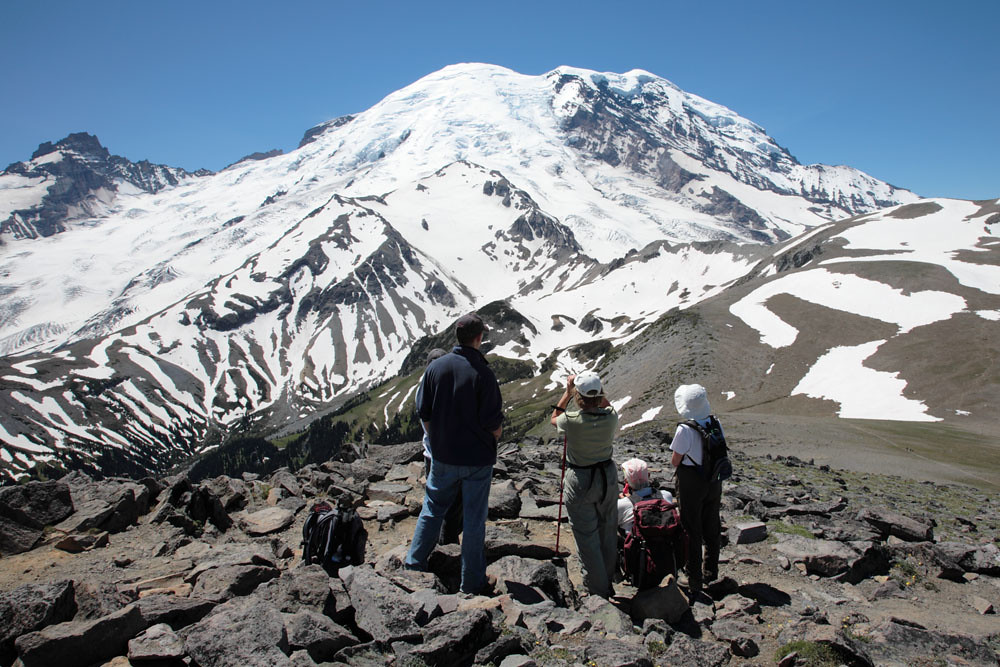 But … a different view from Volcano World:

"Mount Rainier is potentially the most dangerous volcano in the Cascades because it is very steep, covered in large amounts of ice and snow, and near a large population that lives in lowland drainages. Numerous debris avalanches start on the volcano. The largest debris avalanche traveled more than 60 miles (100 km) to Puget Sound. The most recent eruption was about 2,200 years ago and covered the eastern half of the park with up to one foot (30 cm) of lapilli, blocks, and bombs."