Where in the World? What geographical feature is the green triangle? 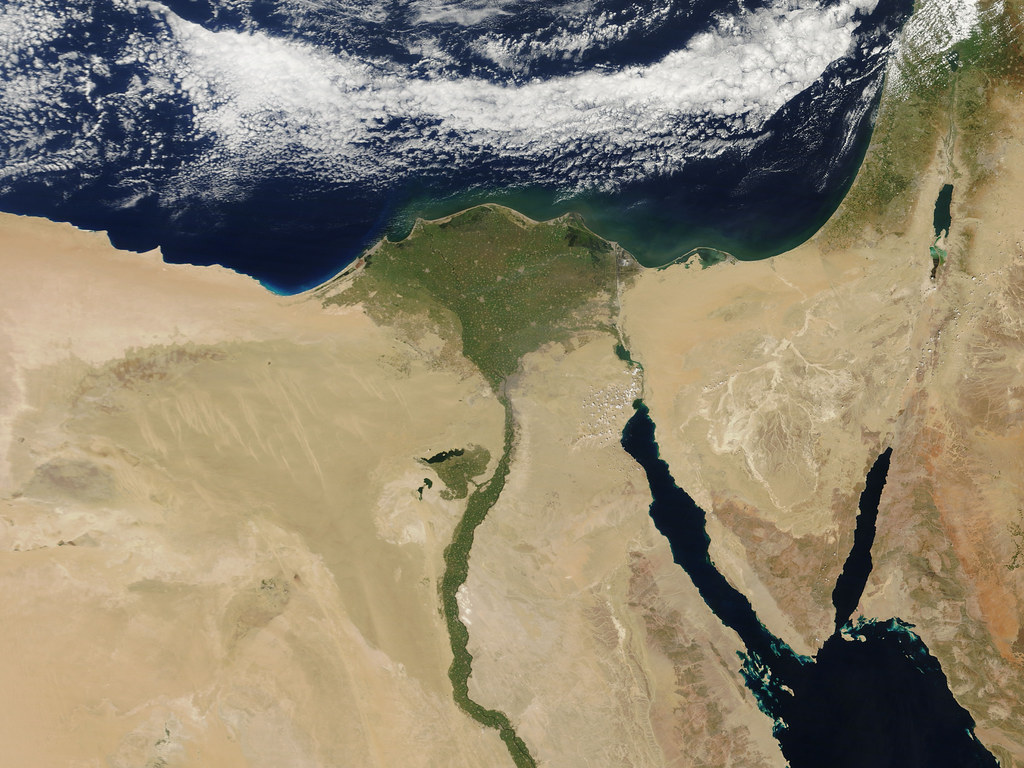 Deltas are river sediments deposited when a river enters a standing body of water such as a lake, a lagoon, a sea or an ocean. They are fundamentally features of river deposition, not marine deposition.

When a river enters a lake it is called a lacustrine delta. Deposition is enhanced if the water is saline: since salty water causes small clay particles to flocculate (the meeting of fresh and salt water produces an electric charge which causes clay particles to coagulate and to settle on the seabed).

There are many delta types, but the three ‘classics’ are:

Fan-shaped, having a rounded, convex outer margin; these are found in the areas where regular longshore drift of other currents keep the seaward edge of the delta trimmed and relatively smooth in shape.

Pointed like a tooth or cusp shaped by regular but opposing, gentle water movement.

Where the river brings down enormous amounts of fine silt, deposition can occur in a still sea area, along the edges of the distributaries for a vast distance offshore.