Watch this video clip that shows wave activity in Sandsend, a small coastal town on the Yorkshire coast (UK) not far from Scarborough. Brainstorm the problems that these sort of events cause and any solutions you can think of.

Where are the coastal defences?

Scarborough is a town on the North Sea coast of North Yorkshire, England with a population of around 50,000. Scarborough is the largest holiday resort on the Yorkshire coast.

The most striking feature of the town's geography is a headland pointing eastward into the North Sea which separates the sea front into a North Bay and a South Bay.

In 1896 the Council decided to link the two bays by the construction of a 1200 metre link road to be known as Marine Drive. At the time there was much support for the project, not only for the commercial advantages but also due to the pressing need to prevent coastal erosion.

When were the coastal defences built?

The 22 month coastal protection project began in April 2002. It arose from a Coastal Defence Strategy undertaken by Scarborough Borough Council in 1998, which identified a prioritised action plan for the whole of the town’s coastal frontage.

Why were the coastal defences built?

The limited residual life of the existing coastal defence structures which were built in the 19th to early 20th century. There was severe erosion at the toe of the wall which threatened to undermine the seawall and the road. There was regular and costly damage to the infrastructure of Marine Drive, with the concrete in the seawall deteriorating and extensive rehabilitation required.

Severe wave overtopping from the near vertical sea walls causes regular closure of Marine Drive, usually more than 35 times a year. This has a economic impact for local businesses.

Renewed cliff foot erosion would increase the risk from landslides on the headland. Landslides from the Scarborough Castle Headland have been common through history and indeed over a period of 700 years the site of Scarborough Castle had dwindled from 60 acres to 16 acres due to erosion.

What coastal defences were built? 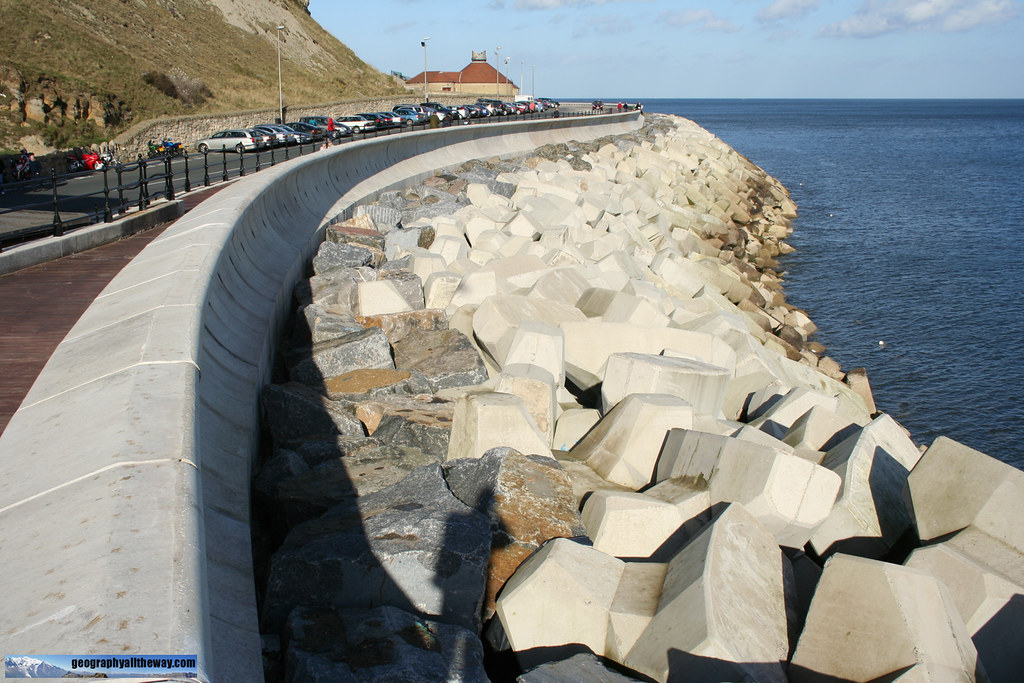 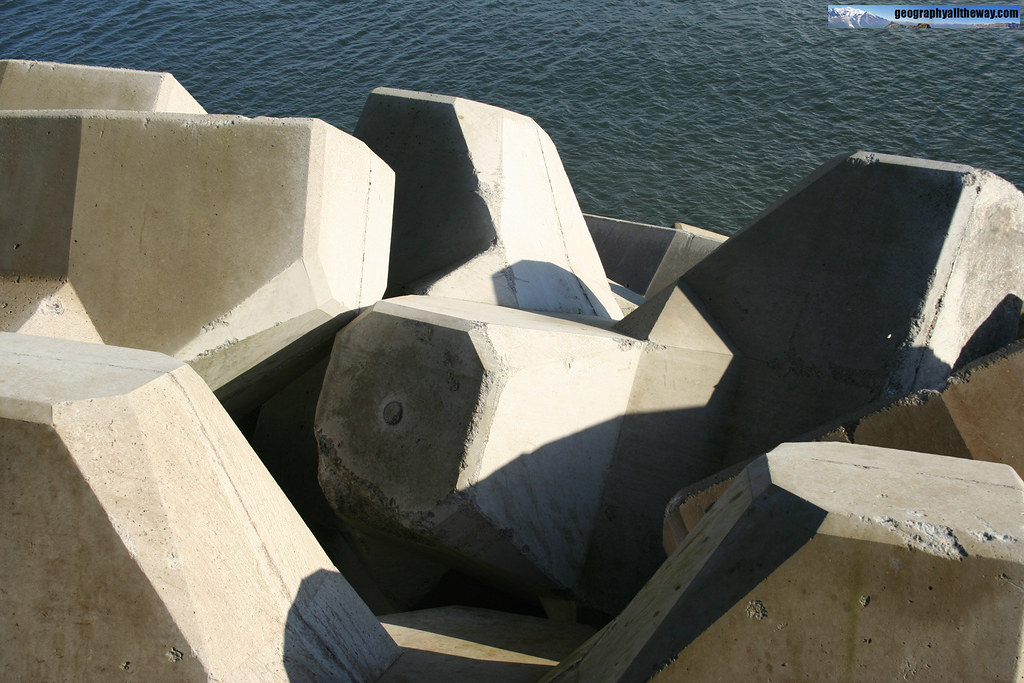 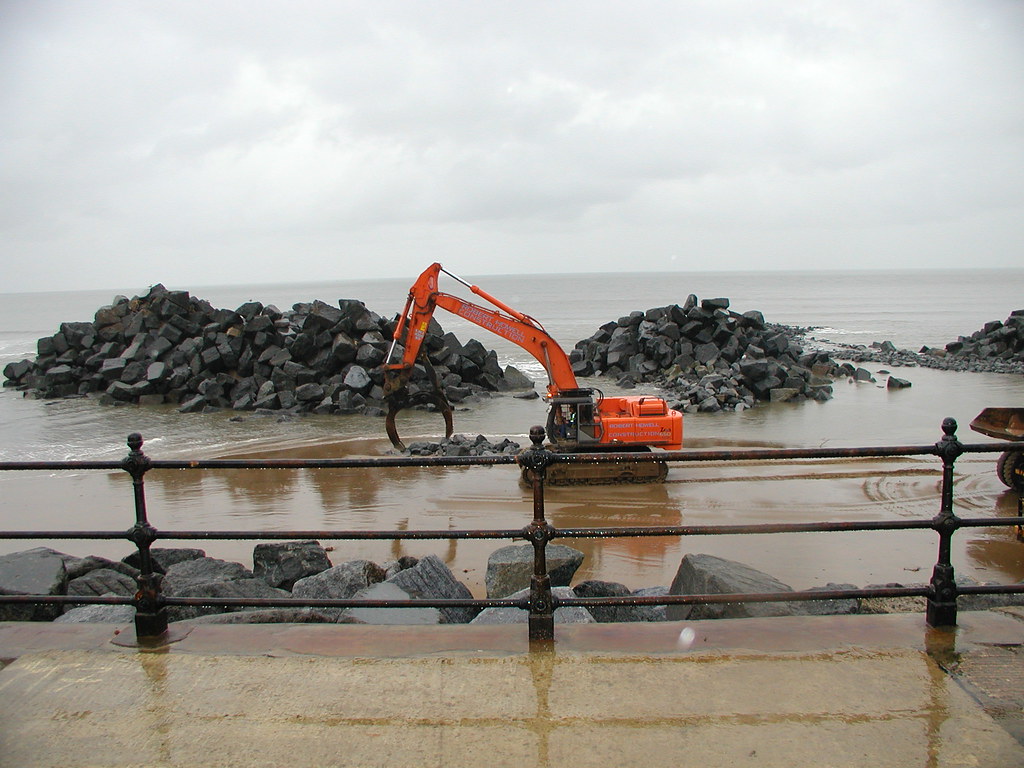 Who built the coast defences and who paid for them? 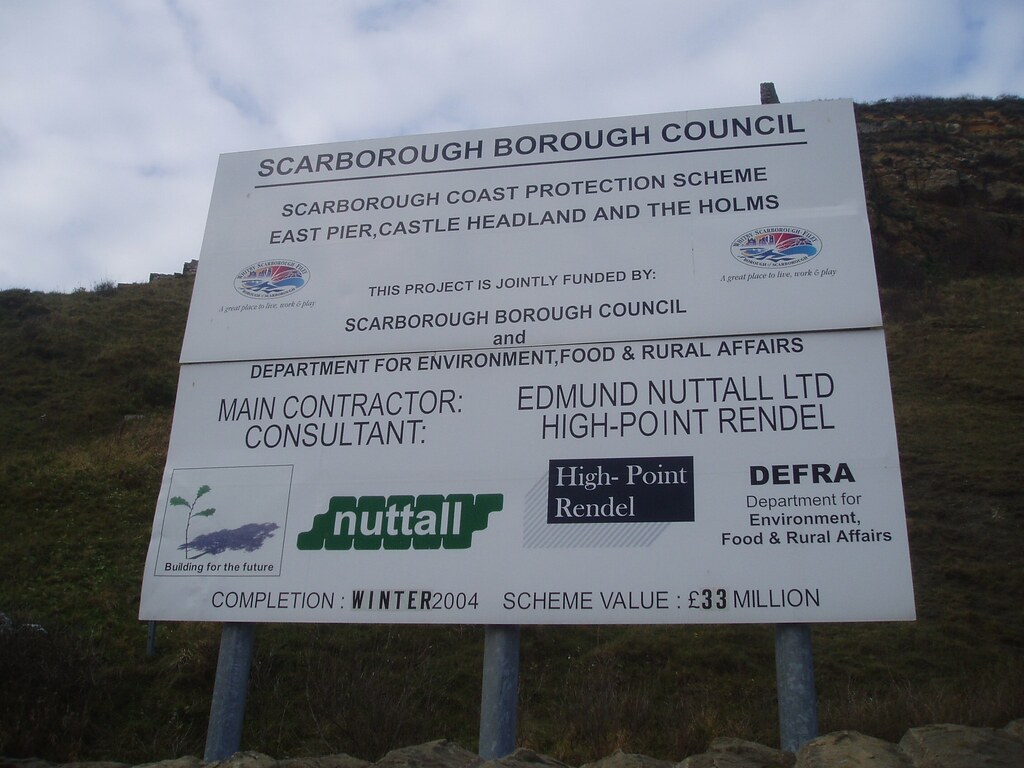 Using the resources above produce an outline of an answer to the following exam style question:

What strategies can be put in place to control the impact of wave erosion upon human activity. You should give examples from an area you have studied. [8 Marks]